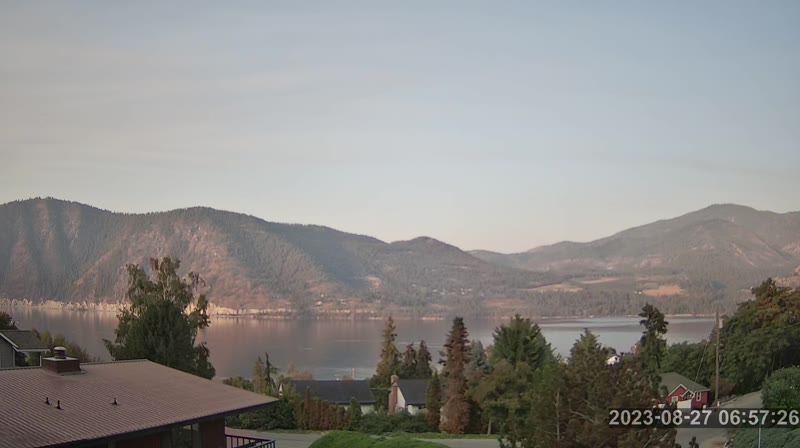 On 10/11/18 Wenatchee Police Officers responded to a suspicious call at the Holiday Lodge located in the 700 block of N. Wenatchee Ave. The caller reported that two males were acting suspicious around the property for several hours. Both suspects left the property before officers arrived.

The caller discovered that it appeared a couple of the hotel rooms had been entered and possibly a blanket was missing. The Holiday Lodge requested that officers contact the suspects and advise them to not return to their property.

During this contact officers noticed that the suspects had several items under some shrubs and Malone had a silver Apple Mac laptop in his possession. At this time both suspects were advised not to return to the Holiday Lodge.

After the officers left they spoke about the contact they had with Leonardo and Malone. Another officer advised that he took a vehicle prowl report on 10/10/18 where a silver Apple Mac was stolen. Officers returned to the area where Leonardo and Malone were contacted but they had left. Officers located items in the same shrubs which included items linked to several vehicle prowls and thefts that have been occurring the past several weeks.

Officers began checking pawn shops to see if the laptop had been pawned. At Pawn Fathers, located in the 500 block N. Wenatchee Avenue, employees stated a couple matching the description of Leonardo and Malone came in on 10/10/18 with two bikes to pawn. Officers looked at the bikes and they recognized one of them as recently reported stolen. Officers reviewed video footage at Pawn Fathers and identified Leonardo and Malone as the suspects who brought in the stolen bike. At the time the suspects brought in the bikes, Leonardo used identification that had been stolen during a vehicle prowl in Carson, WA.

The investigation into the vehicle prowls and theft is ongoing and officers have collected items of evidence from the suspects relating to several vehicle prowls that have been reported in Wenatchee.

On September 12th, 2018 at approximately 1:45 PM, a fire was reported in the dry grass in the front yard of a residence in the 1700 Block of Judkins Avenue in Wenatchee. The reporting party said they believed a male started the fire and gave a clothing description.

Chelan County Fire District 1 responded and extinguished the fire but not before it severely damaged a motorhome being used as a permanent dwelling. The motorhome was in close proximity to where the fire started and was occupied by three people at the time. All three were able to exit the motorhome without injury.

Deputies arrived on scene and observed a male nearby wearing clothing that matched the suspect description. He also had soot on his face under his eyes and on his nose that appeared to be purposefully applied. The male, a 41 year old Wenatchee resident was detained and later interviewed by Detectives.

After the male subject was interviewed by a CCSO detective, he was arrested and booked into CCRJC for Arson 1st Degree.

The search of the residence produced 2 illegally owned firearms and ammunition, an illegally owned silencer for a firearm, and 204.4 grams of methamphetamine. The Task Force seized 3 vehicles and $9,486.00 in cash.

Sara E. Mitchell (34) and Marco Palacios-Mora (31) were taken into custody for multiple counts of drug and gun related offenses.

Sheriff Brian Burnett reports an injured climber was rescued after suffering a fall on Liberty Bell Mountain Tuesday morning (08/28/2018). Benjamin Antonio (67yoa) of Yakima, WA was injured when a hand hold broke loose as he was climbing the Beckey’s Notch route along the northeast aspect of the mountain - approx. 7,000ft elevation.

According to a witness, Antonio’s rope system held, but he dropped about 10 – 15 feet before slamming into the side of the mountain causing hip and back injuries. Antonio’s climbing partner was eventually able to lower him to an area where he could be stabilized.

A climber in the area, activated a SPOT satellite beacon which initiated the notification to the International Emergency Rescue Coordination Center (IERCC) in Texas, and eventually to the Chelan County Sheriff’s Office Search and Rescue unit. Due to the texting capability of the satellite device, SAR coordinators were able to obtain information on Antonio’s injuries and position on the mountain.

A request was made through State Emergency Management for a hoist capable helicopter to respond to the incident and Chelan County Mountain Rescue personnel were put on standby. The first helicopter deployed to Liberty Bell Mountain was unable to conduct the rescues, so SAR coordinators contacted Naval Air Station Whidbey Island for a rescue response. NAS Whidbey launched a Blackhawk helicopter to the scene by 4:15pm and inserted a medic to Antonio’s location. The helicopter crew had to refuel prior to conducting a successful hoist extraction of Antonio from the mountain around 7:00pm. He was transported to Harborview Medical Center in Seattle, WA for treatment. As of Tuesday evening, his condition was stable.

Sheriff Brian Burnett would like the public notified about an attempted robbery and assault with a deadly weapon that occurred on Sunday, August 5th at shortly before 10:00pm.

The incident occurred near the intersection of South Wenatchee Avenue and the Malaga-Alcoa Highway, south of Boodry Street.

The two victims were working on their disabled vehicle at that location when they were contacted by a lone male subject. The male suspect grabbed one of the victims from behind, placed a knife to their throat and demanded money. After not getting any money the suspect released the one victim and then struck the other victim in the face with an unknown weapon, possibly the knife handle. The male suspect fled the location on foot.

A Sheriff Office canine capable of tracking criminal suspects was called in to assist, but was unsuccessful.

Both victims were treated and released from the Central Washington Hospital.

The Sheriff’s Office is actively working on identifying the suspect, but anyone with possible information is encouraged to call our tip line at 509-667-6845. The victim’s description of the suspect is as follows:

Tattoo on right side of the neck

Sheriff Brian Burnett is saddened to report on July 25, 2018 at approximately 6:30pm the Chelan County Sheriff’s responded to a vehicle versus bicyclist collision on Icicle Road near the intersection with Prowell Street in Leavenworth.

The bicyclist was a 9 year old female who was struck by a passing vehicle.

A Chelan County Deputy, who was responding to a different non-emergent call for service, witnessed the collision and immediately requested medical aid and additional Deputies. The Deputy then began life saving measures until relieved by responding medical aid units. Attempts to revive the child were unsuccessful.

An investigation was conducted last night and will continue today with the assistance of the Washington State Patrol. This is clearly a tragic event with multiple families affected. The driver of the vehicle did not show any signs of impairment.

Sheriff Brian Burnett reports that a climber was injured today while ascending the southwest face of Mount Stuart approximately 15 miles southwest of Leavenworth. Michael Getlin (34 yoa) of Lake Oswego, Oregon was injured when a loose rock fell on his foot, resulting in a severely fractured foot.

At approximately 08:40am, RIVERCOM dispatch center received a 911 call from Getlin’s wife, she advised that they were attempting to climb Mount Stuart via the “Alpine Ridge Route” when a large rock came loose and landed on her husband’s foot. She advised that his foot was severely fractured and he was unable to walk. Due to the severity of the injury and the location on the mountain a hoist capable helicopter was requested through Washington State Emergency Management.

A rescue helicopter from Naval Air Station Whidbey Island responded to the scene and at 11:52am the crew successfully hoisted both subjects off the mountain. The victim was transported to Harborview Medical Center in Seattle. 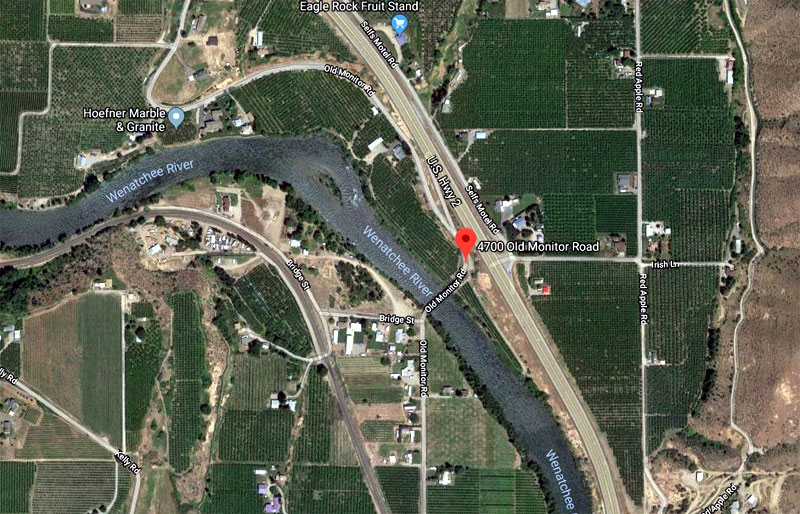 On July 6th 2018 at approximately 1219 hours, Sheriff Brian Burnett reports a body was recovered in the Wenatchee River, near the 4700 block of Old Monitor Road, in Monitor, WA. The body was first observed tangled in some brush by a rafter as they passed through the area. The rafter reported the sighting through Rivercom but had left the area prior to the arrival of emergency responders.

Chelan County Sheriff’s Office Deputies arrived in the area and located the deceased body in the river 15-20 feet from shore snagged on submerged logs.   The body was recovered and turned over to the Chelan County Coroner.   Further investigation is required for identification purposes and the potential cause of death.

The train had been eastbound at approximately 25 miles per hour when they observed a male approximately 200-300 feet in front of the train. The male was walking away from them in the middle of the tracks. The investigation indicates the male was wearing headphones and walking eastbound, the same direction the train was travelling. The train operators activated the horn multiple times but the male did not respond.

The deceased has been identified as 32 year old Mario Villalobos Subias, a resident of Mexico.   Family has been notified. 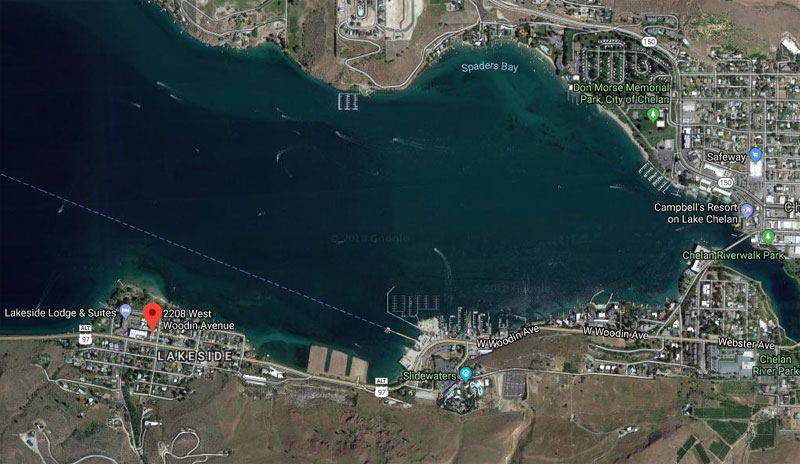 On July 5th at around 1825 hours, Sheriff Brian Burnett reports a vehicle versus pedestrian accident at the intersection of West Woodin Avenue and East Center Street in the city limits of Chelan.  The Chelan County Sheriff's Office, Chelan Fire, and Chelan EMS responded.

Upon arrival there were 3 pedestrians injured and the causing driver was trapped upside down in her vehicle.  Lake Chelan EMS transported the 3 pedestrians and the driver to Lake Chelan Hospital.  The most serious injury was a head injury to an adult female who was ultimately airlifted to Harborview Hospital.

Witnesses at the scene said the driver of a white SUV turned into the driveway at 2208 West Woodin Avenue and drove at a high rate of speed through the patio area of the business and struck 3 pedestrians who were in the patio area. The vehicle continued to accelerate driving over the embankment, across the top of an unoccupied parked vehicle, flipping and coming to rest upside down against a parked vehicle.  Two of the three vehicles were totaled to include the causing vehicle.

Early indications are a medical condition may have been a contributing factor, the investigation is ongoing.

We have 305 guests and no members online