The Sheriff’s Office can confirm this is a death investigation involving two people of the same residence.

Detectives will continue to investigate with the Coroner’s Office and will release additional details as they can.

On April 21, 2022 at approximately 4:00 pm, there was a reported shooting at the 600 Block of South Wenatchee Ave.  At the request of the Wenatchee Police Department, Chelan County Sheriff’s Office Detectives were asked to investigate.

Detectives contacted the victim at the emergency room of Central Washington Hospital.  It was determined the victim had been shot and the injury was not life threatening.

During the interview the victim did not wish to cooperate in the criminal investigation.

At this time, this incident does not appear gang related and Law Enforcement does not believe there is an ongoing threat to community safety.

On March 28, 2022 RIVERCOM Dispatch Center received a 911 call from Thurmer’s wife (Alma), she advised that her husband was solo climbing in the Enchantments and she was concerned because she hadn’t heard from him for 24 hours. Alma advised that he was not due back until Tuesday but he normally contacts her everyday via his InReach device. She said that her husband was well equipped, in good health and a very experienced climber.

A deputy located Thurmer’s vehicle parked near the Bridge Creek Campground and a note was left to call the Sheriff’s Office when he returns.

On Tuesday evening Alma called RIVERCOM and advised that her husband had not returned home as planned and she still hadn’t heard from him. Chelan County Sheriff’s Office Search & Rescue coordinators were notified and a search was planned for the morning.

On Wednesday morning a Chelan County Sheriff’s Office helicopter and a two-person ground team from Chelan County Mountain Rescue (CCMR) responded to the Dragontail Peak area. At approximately 11:15am, the helicopter crew observed a motionless person laying in the snow at the base of the “Triple Couloir” on the north aspect of Dragontail Peak. The helicopter was unable to land due to very high winds in the area and was forced to return to Wenatchee.

The CCMR ground team arrived at the location at approximately 2:30pm and confirmed the victim was Thurmer. He was pronounced dead at the scene. Responders reported that it appeared he had fallen several hundred feet. The high winds prevented the helicopter from returning to the scene on Wednesday.

This morning the Sheriff’s Office helicopter returned to the scene and with the assistance of CCMR was able to hoist the victim from the area and transport him to the Leavenworth Fish Hatchery.

Also assisting in the rescue were members of Chelan County Volunteer Search and Rescue.

At approximately 4:46 pm. on March 24th, 2022, RIVERCOM Dispatch reported receiving a call from male who advised he had left a package wrapped in a black trash bag, in a garbage can across from the Rhein Haus in the 700 Block of US Hwy 2 in Leavenworth, WA.  The caller advised he had an “analog clock” attached to the package and was insinuating it was a bomb.  The caller never said it was a bomb but insinuated it several times on the phone. The caller then made 2 other calls into businesses, Icicle River Brewery and The Wok About.  The caller advised that he had placed a package in their businesses and for them to leave immediately.

Chelan County Sheriff’s Office, with the help of Chelan County Fire District 3, the Washington State Patrol, WASDOT and Chelan Roads quickly moved in and started evacuating the area.  Road blocks were set up and traffic East and Westbound was diverted around Leavenworth.  An incident command post was established.

The Washington State Patrol Bomb K-9 teams were called in, and two teams responded to the area from Marysville.  Upon their arrival, they immediately searched the entire downtown area, sweeping all garbage cans and areas around them.  They then moved in to clear Icicle River Brewery, the Wok About and the Rhein House.  No suspicious packages were located. After an extensive search of the area, the decision was made to reopen the area.

At 2112 hrs. Hwy. 20 was reopened to traffic.  The Chelan County Sheriff’s Office is continuing to investigate this and will pursue charges when located.

On March 11th, 2022 at around 2:05 pm, Rivercom received a report of a non-injury accident at the intersection of US 2 and Easy Street in Wenatchee, WA.

The suspect vehicle, a black Dodge Dakota, fled the collision Westbound on US 2.

Multiple callers reported the vehicle driving erratically on US 2 at speeds estimated to be over one hundred miles an hour.

A Chelan County Sheriff’s Deputy spotted the vehicle in Dryden, WA westbound on US 2 at a high rate of speed and continuing to drive erratically.

The Deputy initiated a traffic stop on the vehicle and the vehicle fled, passing other vehicles on the shoulder and forcing vehicles off the road.

The Deputy terminated the pursuit.

A 2nd CCSO Deputy was traveling Eastbound from Leavenworth on US 2 and observed the vehicle traveling at a high rate of speed coming towards him. The Deputy activated his emergency lights while the suspect vehicle was continuing eastbound on US 2. The suspect vehicle went around a vehicle traveling westbound and veered into the eastbound lane striking the Deputy’s patrol vehicle along the driver’s side and ultimately disabling the deputy’s vehicle.

The suspect vehicle crashed a short distance later near Prey’s Fruit Stand on US 2. The suspect fled on foot, attempting to flag down vehicles for a ride.

The suspect was contacted by CCSO deputies in the Prey’s Fruit stand parking lot and taken into custody at around 2:22 pm.

The Washington State Patrol was called out to handle the collision between the suspect vehicle and the CCSO Deputy vehicle.

The suspect is under investigation for numerous felonies to include eluding and possession of a stolen vehicle, along with DUI and Hit and Run.

Upon arrival the deputies were told by witnesses that a male pointed and fired a gun at an individual on scene. The bullet missed the victim and he was able to run to safety. Evidence collected at the scene confirmed that at least one shot was fired and corroborated witness statements.

Through the witness statements, Chelan County Sheriff’s Deputies, Detectives, along with the Wenatchee Police Department were able to identify the suspect. Due to the seriousness of the crime the Regional SWAT team was activated. A short time later the suspect was taken into custody at his residence. Chelan County Detectives applied for and were granted a search warrant for the suspect’s residence and a vehicle. During the search they located a pistol and three pistol magazines that matched the caliber of pistol used at the crime scene.

The suspect was booked into CCRJ on charges of Assault 1st degree.

This investigation is still ongoing and we do not believe there is any current threat to the public reference this incident.

WENATCHEE -- The Chelan County Sheriff’s Office has finalized contracts with the four schools that utilize school resource officers via its office.

“We needed some time to work through this issue on our end, which included finding a solution that the Sheriff’s Association, the officers and the schools could accept,” Burnett said. “We feel comfortable moving forward.”

The Sheriff’s Office in early September put the annual contracts on hold following the governor’s announcement a month earlier that all school employees and on-site contractors and volunteers would be required to receive a COVID vaccination or apply for an exemption.

At the time, Sheriff Burnett expressed concern about the mandate violating people’s rights as well as a need to discuss the state mandate with union representatives.

“Personally, I have not asked any of my deputies or staff if they are or aren’t vaccinated,” Burnett said. “I have maintained the decision is a personal one, and I will not ask such a private question.”

A former school resource officer himself, Sheriff Burnett said he understands the importance of having a law enforcement presence in the school districts. When he took office in 2011, he brought back the program to the county and has maintained it ever since.

“I’m happy to see we could come to an agreement and continue building upon our relationship with the school districts,” Burnett said. “School resource officers are positive, dependable role models for our children. They are an open line of communication between the Sheriff’s Office and our schools.” 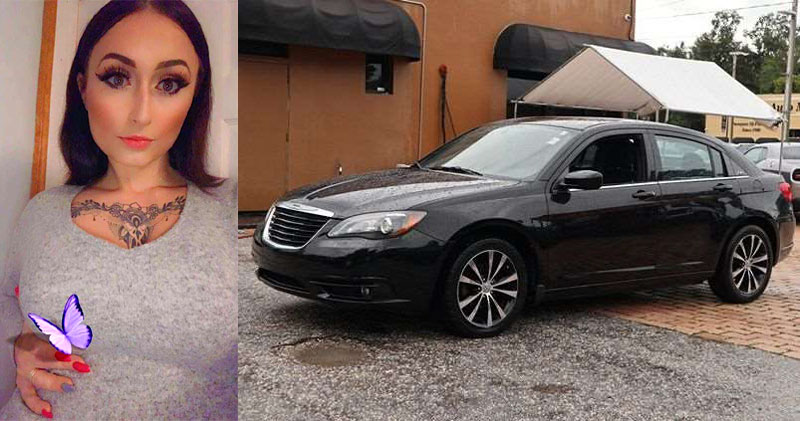 Callie used a Marysville address, but she was most recently known to be transient in the Everett area.

See our previous story: UPDATE: Body found on Stevens Pass determined to be a violent homicide

UPDATE: Body found on Stevens Pass determined to be a violent homicide

The Medical Examiner determined the 25 year old victim died of homicidal violence. The woman was identified and investigators are reaching out to her family members prior to releasing the identity of the victim. The Chelan County Sheriff’s Office will continue to partner with federal, state, county and city agencies in order to thoroughly complete this homicide investigation.

If you believe you may have important information to share about this crime, please call the Chelan County tip line at 509-667-6845. The tip line was temporarily down at the time of first press release due to a Chelan County phone and voicemail system update but it is now working properly.

Sheriff Brian Burnett reports on Tuesday, September 7th, 2021, at approximately 8:30 PM, a passing motorists on US Highway 2, Stevens Pass, in the Rock Mountain trail area, mile post 73, located a deceased person along the edge of the highway. Investigators from the Chelan County Sheriff's Office, Chelan County Coroner, Washington State Patrol, and Washington State Crime Lab responded and processed the scene, which is a remote area of US Highway 2, where there are no residences or businesses.

After a lengthy investigation at the scene, the deceased person was identified as a 25 year old female from Snohomish County. It is believed the female ended up at that location sometime early in the morning on Tuesday, September 7th, 2021.

This is being investigated as a suspicious death investigation but the cause of death has not been confirmed pending an official medical examination. There is no evidence to support a safety concern for Chelan County citizens or travelers in that area of US Highway 2 and believe it to be an isolated incident.

If anyone has information or saw something suspicious in this area or near that time period or has video surveillance of US Highway 2 between Coles Corner and the Stevens Pass Summit, you are encouraged to call the Chelan County Sheriff’s Office Tip line at 509-667-6845. You can also go online to the Chelan County Sheriff’s Office web page or click on the following link to submit a tip online. https://www.co.chelan.wa.us/sheriff/forms/submit-a-tip